This is a past event. Registration is closed. View other Italian Chamber of Commerce and Industry in Australia Inc. events.
Wednesday, January 19, 2022 (12 PM - 2:30 PM) 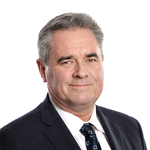 Add this event to any of these calendars

This event is brought to you by

Stephen Cartwright OAM is an experienced entrepreneur, business leader and Board Director, with a track record of successfully building businesses, as well as leading Australia’s largest Business Chamber.

He started his career as a Cadet Mining Engineer with Queensland Coal and, after four years, transitioned into an Industrial Relations advisory role with the Australian Industry Group. He then spent two years as the Regional Industrial Relations Advocate for the NSW Chamber of Manufactures in the Hunter Valley, before being promoted to Deputy Director of Industrial Relations in Sydney. On completing his Law degree, he became the founding partner of the specialist law firm, Fisher Cartwright Berriman. He was also a founding shareholder and Board Director of the Chandler Macleod Group when it was formed in 1995, and was appointed Managing Director from 1997 through to 2008. During his 11-year tenure as the MD and CEO, the company grew from a small privately-owned business to an ASX listed company with annual revenues in excess of $1 billion, with 1,200 staff operating from 80 offices across Australia and NZ, and 14 branded recruitment and consulting divisions. In 2009 he was then appointed to the role of CEO of the NSW Business Chamber (now known as Business NSW), which is the peak business policy, advocacy and services organisation in NSW.  As CEO, Stephen was able to substantially grow the organisation such that it now employs over 700 staff in 55 offices throughout Australia, China and the UK. He also led a 3 year digital transformation project for the organisation which launched in March 2020.

Stephen was, until recently, the Chairman of the software business EatClub and the Chairman of the International Education Advisory Board to Study NSW. He has been a Director on a number of Boards over his career, including the Australian Chamber of Commerce and Industry (ACCI), HumanForce Software, Australian Business Lawyers & Advisors and Service NSW, and he was also Vice-President of the International Chamber of Commerce WCF.

Stephen has built extensive relationships in business, industry and government across NSW and throughout Australia. Through his role representing Australia on the International Chamber of Commerce WCF Council, he has also developed strong networks with Business Chamber leaders across the globe including in the UK, Europe, Israel, US, South America and the UAE. His focus for the past decade has been championing the success of NSW businesses, both domestically and internationally.

Stephen’s appointment is part of a commitment by Investment NSW to increase our representation in overseas markets and expand the state’s global network of trade and investment offices. Stephen will be responsible for leading NSW’s international trade activities across the UK and Europe and will be based in London. A copy of the media release announcing Stephen’s appointment is here.